Who is Morrissey? ..reloaded.. 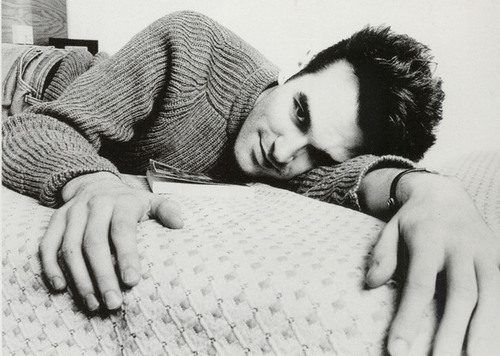 Year 1993: First year of my high school life. As music fans, this was our era of ‘copied cassettes’. A friend of mine gives me a copy of shuffled songs recorded abroad on a cassette. Together we discover the hidden treasure inside the tape. Two songs in particular I listen to repeatedly: “I Started Something That I Couldn’t Finish” and “A Rush and A Push and The Land Is Ours” from The Smiths. (another example of how great the tape was, is the song “Like a Hurricane” from The Mission :))

However it was a late discovery. ‘Strangeways, Here We Come’ 6 years later. Thanks to two songs on the cassette, we finally catch up with the album. Those were the days we were deeply interested in grunge music, fully enveloped by Pearl Jam, Alice In Chains, Temple of the Dog, Soundgarden, Stone Temple Pilots sounds, we were imagining ourselves as a part of the cast of the gorgeous ‘Singles’ movie. Those two songs introduce us to British Pop.

Year 1995: the ‘Kent FM’ era. Being the one and only rock’n roll radio station, Kent FM actually was the first private radio station, and ‘Aşırı Doz’ (Overdose) was a fantastic program full of indie and british pop tunes. Among all of the good music, I meet ‘that’ captivating voice again. The lyrics of his duet with Siouxsie Sioux, articulated and reflected my feelings at that time: “Time is like a dream / And now, for a time, you are mine / Let’s hold fast to the dream / That tastes and sparkles like wine”

Year 1997: on the way back home from university, at the pier, I came across a special friend. Going home, my aim was to get one of the newly arrived Morrissey album ‘maladjusted’. With my friend we crowned our conversation, during our trip from Beşiktaş to Kadıköy, with some comments on how great Morrissey is, and how The Smiths influence English Pop. At the end of this pleasant trip, while enjoying the streets of Kadıköy, I finally obtained my beloved Morrissey album, which would be on the loop for the next 6 months..

Year 2006. First meeting with Morrissey at One Love Festival.

It’s a 20 year old story that I share with him and his music. More so, in every moment of my life, I can find pieces of him, and probably I will continue to find more.

Some people say ‘Morrissey without Johnny Marr is nobody’, some people think that he is a incomprehensible snob. Some think he is a very lonesome man.

For me, Morrissey is a poet even a troubadour, a divine voice, a sheer presence, an ultimate romantic sharing his soul in an excellent way, a rebellious guy.. and a close friend I never met but who is always in my life.

A lot of comments were made about his last concert in Istanbul. As after his concert in Park Orman, critics were made by people who don’t know him well enough. Therefore I can not avoid thinking that his concerts should be organized in small gatherings.

Not everybody dares to stand in front of a crowd with a t-shirt ‘Assad is shit’ written on it, or to sing ‘Meat Is Murder’ with PETA videos playing in the background, or to admit to himself and his audience his loneliness.

Morrissey conveyed an important and bold message; ‘people have the power’. We should always keep this in mind as Morrissey always keeps us in mind by his last song “Istanbul”.

Morrissey – There is a Light That Never Goes…